Sealed bids will be received by the City of Maysville, Georgia (OWNER), for furnishing all materials, labor,
tools, equipment, and any other miscellaneous items necessary for the construction of Water System
Improvements in Maysville, Georgia.

Bids will be received at Maysville City Hall, 4 Homer Street, P.O. Box 86, Maysville, Georgia, 30558 until
2:00 p.m. on October 20, 2016. Any bid received after said time and date of bid opening will not be
considered by OWNER. Bids will be publicly opened and read aloud at this time and location. All bids will
be evaluated by OWNER and the project will be awarded, if it is awarded, within sixty (60) days of the bid
opening. If a bidder is not selected within sixty (60) days of the bid opening, any bidder that is determined by
the OWNER to be unlikely of being selected for contract award shall be released from their bid. 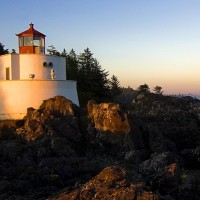